The FBI shoot is quickly becoming one of the more popular sports available to members and brings shooting into the twentyfirst century.

The FBI shoot was originally designed and shot by the Federal Bureau of Investigations (FBI) to train and test their agents in the use of handguns.  Like the Service Pistol Match (SPM), which was also designed to test law enforcement, the FBI shoot has been adapted by civilian shooters and made into a competitive shooting sport.  Unlike the SPM which is designed to be shot with a revolver, the FBI shoot is made to be shot with a semi-automatic pistol and is more dynamic.

The course of fire consists of 60 rounds and is shot on the QIT target also commonly referred to as the 'milk bottle' target due to it's shape.  Shooters who score 48 hits (80%) or higher earn themselves a 'pass' rating.  Those shooters who score 54 hits (90%) or higher earn the 'instructor' rating and for those elite few that score 57 hits (95%) or higher, they earn the near impossible rating of ‘Master instructor.’  The course starts at 3m and gradually moves to 5m followed by 7m.  At these distances, the shooters reactive shooting is tested.  The course continues back to the 15m and finally the 25m mark utilising a barricade.  At 15m and 25m the shooters accuracy is put to the test.

The full course of fire is: 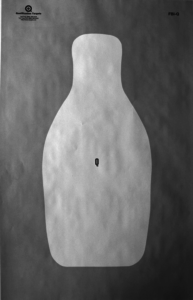 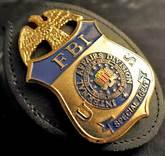